This was the first year that the Red Threads troupe performed for Peace Days…and we jumped into three workshops and performances during September.

Workshop #1: Rebel Sky Media offered a playback workshop on September 10th to demonstrate the impact of playback for community and as a tool for peacebuilders. 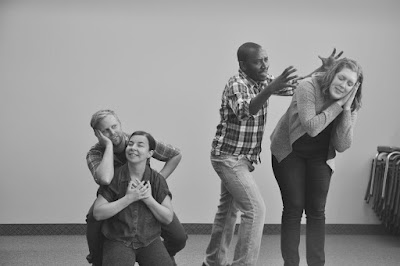 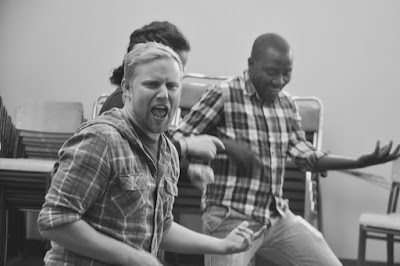 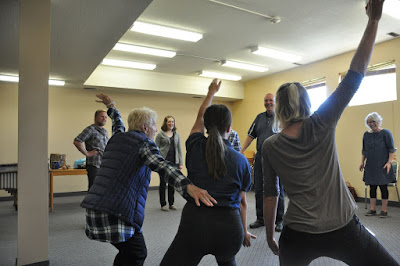 Rebel Sky is currently promoting an amazing film on playback.  Here is a fantastic video created by producer/ director and Red Threads member, Brad Leitch on his creative team's incredible vision for the film. The video was meant to launch Rebel Sky's Kickstarter campaign which has recently ended, but you can still help fund the film till October 7th! Check out playbackfilm.ca to find out how.

Workshop #2: The Arthur Mauro Centre for Peace and Justice at the University of Manitoba offered a taste of the work of SAWA Theatre,  Hateless Winnipeg and Red Threads of Peace Playback.

Workshop #3: The Manitoba Storytellers Guild invited Red Threads to perform as part of their storytelling of “Seeds of Hope” during Peace Days.

We are always touched by the generousity of participants who share their personal moments.  By opening our hearts, we can bring more peace to ourselves and others.  Playback is a gentle way to create the space for these connections.
Posted by Red Threads of Peace at 17:29

Our troupe members bring diverse experience in theatre, community building, and social justice work. We welcome new players - contact us to find out how to try out a playback playdate.