Elena Anciro is an educator, administrator, actor and audio describer. She earned her BA in Theatre from the University of Winnipeg and has performed professionally in theatre and film. Elena is also trained as an Access Activator (British Council of Canada / Tangled Arts + Disability) to provide resources on Relaxed Performance and advocate for accessibility in the arts. Her community arts practice is grounded in her belief that theatre has the power to create and influence social change. She is grateful for the opportunity to give voice, spark dialogue, and create hope through playback theatre with the Red Threads of Peace Project.
Headshot credit: Kristen Sawatzky 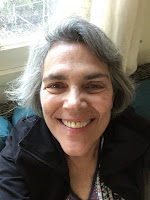 Briony Haig is a visual artist and recently retired high school art teacher. She has worked as a counselor in the past and is interested in community and creativity. She loves playback and finds it inspiring and fun.

Bequie Lake is a community builder and facilitator, with a special interest in theatre and community development.  She is one of the founding members of the Red Threads of Peace Project and has been performing and facilitating with the group since April 2012.  She connects deeply with the simplicity and power of playback theatre.  During her time in Winnipeg, she has taught many theatre workshops for youth and adults with organizations including: Menno Simons College, the Youth Peacebuilding Project, the Peaceful Village, and the Storytelling Festival, and incorporates tools from theatre into her work with the non-profit sector.  Her theatre training is from the University of Alberta and Dell’Arte International School of Physical Theatre in California. 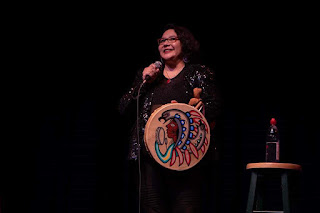 Dawn Lavand a performing artist at heart; grew up training as a triple threat singing, dancing and acting from an early age.  She debuted in her first made for TV film during the Indigenous Renaissance of the 90's, at the age of 6.  This small yet significant role launched her into a ten year acting career, appearing on television, film and in theatre.  Presently Dawn expresses her heart through Playback Theatre as a performing member of Red Threads of Peace Project, freely allowing her to incorporate the best of both her Indigenous roots as a storyteller and healer, and of the contemporary form of improvisation of encouraging others to share their stories in building community. 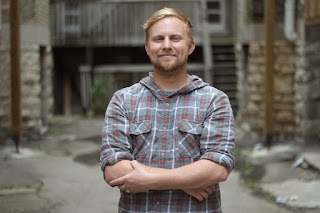 Brad Leitch is a filmmaker, peacebuilder and playback theatre actor. He began playing with Red Threads for Peace Playback Troupe in 2013 and loves the storytelling potential and participatory nature of playback. In his creative process Brad has been described as handling difficult topics with empathy, compassion, deep listening and lots ofenergy. Brad has a B.A. in Conflict Transformation and is the executive producer and founder of Rebel Sky Media, a film and video production company based out of Winnipeg, Manitoba. Some of his work is currently featured at the Canadian Museum for Human Rights and in a permanent exhibit at the Peir 21 Museum of Immigration in Halifax. Brad brings to playback a deep desire to build upon his experiences and understanding of story and conflict and is thrilled to have found a home with Winnipeg's Red Threads for Peace playback troupe.

Loc Lu has been an actor, instructor, and director for the last 15 years. Formally trained in physical theatre technique, mask, clown, forum theatre, and film, he began teaching children’s theatre in 2001 at Manitoba Theatre for Young People. He’s worked with a wide range of age groups (from 3 to adult) and has facilitated workshops and camps for several of Winnipeg’s leading theatre companies. He is currently coordinating outreach programming for MTYP.  As an actor, Loc has performed in such shows as White Rabbit Red Rabbit (Theatre Projects), The Hobbit (MTYP), Peter Pan (MTYP), and Box and Quotations From Chairman Mao (MTC’s Albee Fest). In recent years, Loc has trained and performed with the Red Threads of Peace Project. In this capacity, he has had the opportunity to work with and perform for many groups of artists and residents within Winnipeg’s diverse communities.

Tanissa Martindale is an Art and Play Therapist, with a keen interest in interest using creative facilitation to bring about healing, growth, and transformation. Participating in a Performing Arts program in junior high led to many stage musicals and a gentle transition out of childhood shyness. Since then, she has participated in community theatre, improv classes, and a Glee Show Choir. While studying a Master’s degree in Conflict Resolution, Tanissa minored in Applied Theatre and worked with a troupe in South Africa using theatre for ‘healing of memories’. She is ecstatic to be a part of the Red Threads community and to have an outlet for her overly dramatic nature and aptness for emotions.

Thomas Novak is a pastoral worker and creator of community theatre projects.  He has acted with Winnipeg companies such as Actor’s Showcase and Shakespeare in the Park.  In 1994, he co-founded Just Theatre, into which he channeled his passion for social justice, writing, co-directing and acting in many creations of social and political satire.  After the year 2000, Just Theatre began specializing in creating street theatre and community theatre projects for many Winnipeg social justice and non-profit organizations, including The Just Income Coalition, the Manitoba Council for International Cooperation, the Sexuality Education Resource Centre, Mount Carmel Clinic and the University of Winnipeg.  In the fall of 2012, Thomas became a core member of the Red Threads of Peace Project.  He has been deeply impressed by Playback Theatre’s potential for facilitating dialogue and healing.  He is currently studying drama therapy with Csilla Przibislawsky and Armand Volkas. 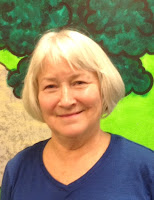 Jennifer Pilgrim is actively engaged in the healing arts as a multidisciplinary hands-on therapist with a well-established practice. Her theatrical studies, which began at the University of Winnipeg, continued more recently in Baby Clown with John Turner; through Prairie Theatre Exchange School; and in Peacebuilding through Transformative Theatre with Armand Volkas. Jennifer is inspired by the exchange of diverse human experiences and the personal insights gained via the spontaneous forms of Playback Theatre. Since January of 2013, she has enjoyed being a performing member of Red Threads of Peace Project. 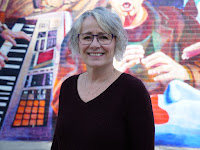 Dana Rungay is the founder of Red Threads of Peace Project. Using the arts for community capacity building, teaching communication and team building is the foundation of her work in self expression.  Dana’s  love of the playback form is in its natural way of cherishing life’s moments and the joy of self discovery through storytelling.  In collaboration with the Gas Station Arts Centre, she has facilitated theatre based projects in First Nation, youth at risk, newcomer, senior, LGBTQ+, and marginalized communities. She has trained with international theatre teachers in Canada, the U.S. and France.  Specialized training in playback theatre includes: performing; active conducting; creating supportive performance with people with cognitive disabilities; processes for historic trauma; racism; bullying; and social justice.

Robin Shugart is a campus minister with a background in theatre and deep love of how the performing arts facilitate discovery and transformation. She studied Drama in Education and Community at the University of Windsor, where she explored her particular interest in the use of drama in community settings through educational workshops, clown doctoring in hospitals, Theatre of the Oppressed, and Playback Theatre.  Introduced to Playback Theatre through a workshop with Jonathon Fox, she became a member of Random Acts Playback Theatre Company in Windsor, Ontario, and after moving to Winnipeg joined Red Threads of Peace. 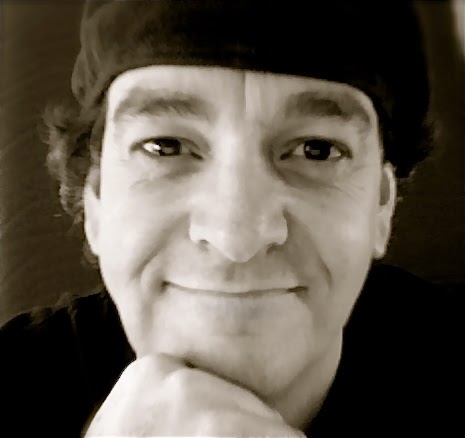 Martial Tougas is a singer, vocal impressionist, improv artist and entertainer from Winnipeg. Although most of his shows across Canada have been comedy-impressionist presentations, his first love has always been music and song. As a multi-instrumentalist, Martial loves to combine his love for movies and improv into creating mini film scores as a Playback Theatre musician with the Red Threads of Peace Project.

Our troupe members bring diverse experience in theatre, community building, and social justice work. We welcome new players - contact us to find out how to try out a playback playdate.